Al Sadd forward Andre Ayew has urged the team to keep fighting following their victory over Al Rayyan in the Qatar Stars League.

The victory put an end to a string of poor results, and Ayew wants Al Sadd to build on it as they attempt to successfully defend their Qatar league title this year.

The Ghana captain had promised to start the new year off right, and it only took him seven minutes into his first game to find the net.

The 33-year-old got into a good position and connected on a low cross from Algerian striker Baghdad Bounedjah.

Ayew’s simple finish set Al Sadd on their way to a 2-1 win over Al Rayyan at the Jassim Bin Hamad Stadium in Doha on Wednesday.

Qatar forward Akram Afif got the second for Al Sadd before Steven N’Zonzi’s consolation for the home side.

“+3. Alhamdulillah (praise be to God). We keep going,” Ayew stated on Instagram. 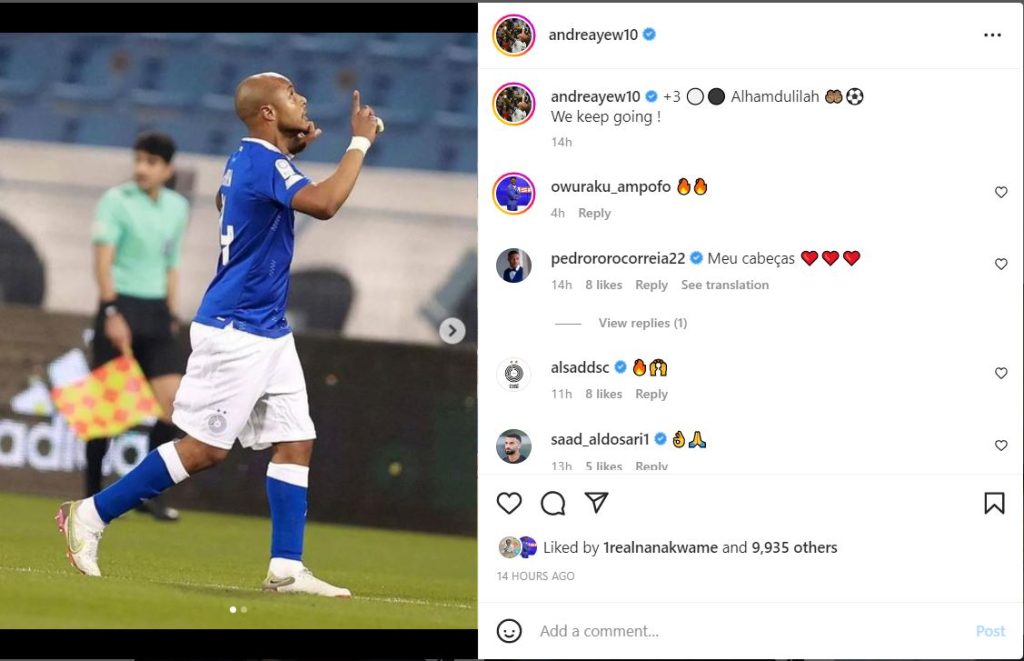 Ayew appears to be very motivated to lead Al Sadd to success in the new year.

The reigning champions struggled towards the end of 2022 and are now 10 points behind first place, but Ayew is undeterred.

He believes they still have a chance to win the title for the second year in a row and will give his all to the club.