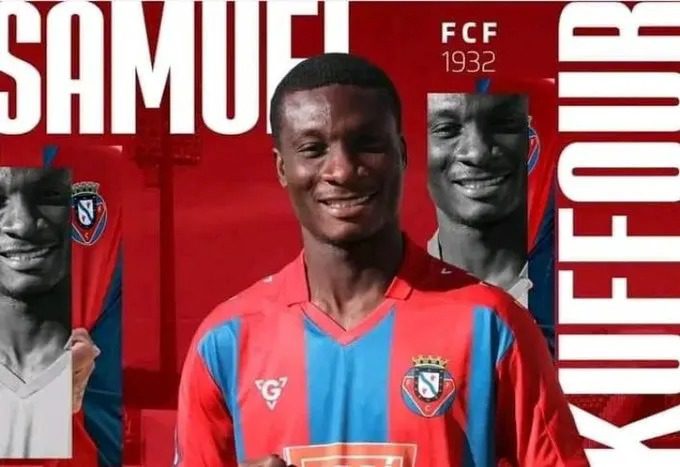 Young Ghanaian defender Samuel Osei Kuffour has joined Portugues Ligue 3 club FC Felgueiras. The former Bechem United center-back has transferred to Felgueiras and is expected to continue his development there. He appeared in 31 games for Bechem United last season and scored once.

He also assisted them in reaching the MTN FA Cup finals, where they were defeated by giants Hearts of Oak. Asante Kotoko was interested in signing the defender but was unable to meet the Hunters’ and the player’s demands. Kuffour recently help Black Galaxies qualify for the 2023 African Nations Championship, which will be held in Algeria early next year.