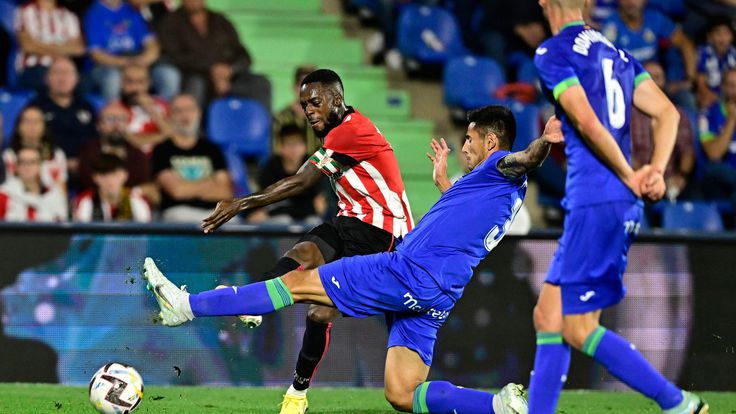 Ghana striker Inaki Williams will play for Athletic Bilbao against Barcelona this weekend after being declared fit following a minor injury in midweek. Williams left the Getafe game on Tuesday with a sore back, but he has been treated and is fit to play against the Catalan giants on Sunday.

Ernesto Valverde has all 25 of his first-team players available for the match against his former team after Yuri Berchiche recovered from heel pain and Dani Vivian from a sprained ankle. As a result, he must once again discard two players to arrive at a 23-man squad.

Williams is having a fantastic season, scoring his fourth goal on Tuesday against Getafe. Ander Herrera lofted a precise cross into the box. Williams latched on to it and finished with a quick shot into the middle of the goal, leaving Getafe’s goalkeeper with no chance. The 28-year-old is confident of scoring against Barcelona, who have been inconsistent this season but currently sit second in LaLiga.

Athletic Bilbao are sixth and need a win to get back into the top four. Williams is set to make his tournament debut for Ghana at the Qatar World Cup after completing his nationality switch in June this year.