On December 12 the best cross-country runners in Europe will descend on the Sport Ireland Campus on the outskirts of Dublin for the European Championships. The 27th edition of the event was due to be staged in the Irish capital last year but was postponed due to the pandemic, which means there has been a two-year gap since the championships were last held.

Back then – in Lisbon in 2019 – Great Britain won all of the senior and under-20 team titles plus the mixed relay gold. Traditionally, the GB squad is the strongest at the event and the selection trials for next month’s championships take place in Liverpool’s Sefton Park this Saturday (Nov 27).

Since the Euro Cross began in 1994, Britain has won more than twice as many medals as any other country and more than three times as many gold medals.

Sefton Park features rolling grassland with no major hills but it can become boggy in parts if the weather is wet. The Euro Trials has been staged at the venue for a number of years so many athletes will be familiar with it.

Jess Judd, Charlotte Arter and Abbie Donnelly led Britain to team gold two years ago in Lisbon and they are all entered to race in this weekend’s trials again.

Judd led the team home that day in sixth place and she has enjoyed a good 2021 with, among other things, 5000m and 10,000m appearances at the Tokyo Olympics.

Arter won the Cross Challenge event in Cardiff last month and will be joined in Liverpool by training partner and 2019 Euro Cross team-mate Jenny Nesbitt, who has also shown good form this winter so far.

Kate Avery is another member of the 2019 team who is in the trials entries this weekend. At her best she won individual silver and team gold at both the 2014 and 2015 Euro Cross events.

Jess Gibbon, winner of the Cross Challenge meeting in Milton Keynes recently, is another obvious contender.

Several leading juniors from the 2019 Euro Cross are also stepping up into the senior ranks. They include Izzy Fry, Saskia Miller and Olivia Mason, the latter of whom won English Schools gold on this Sefton Park course just as the pandemic was beginning.

Andy Butchart led the GB men’s team to gold two years ago in Lisbon and the Olympic 5000m finalist heads the entries for the trials this weekend.

None of his team-mates from the winning class of 2019 are in the entries for the 2021 trials. The trials winner from two years ago, Ben Connor, plus Kris Jones, Patrick Dever, Adam Hickey and Tom Evans are all missing for various reasons.

But there are still a number of top-class contenders. Hugo Milner, for example, winner at the first two Cross Challenge meetings this winter in Milton Keynes and Cardiff, is clearly in great form going into the Liverpool event.

Jonny Mellor, better known these days as a marathon man, is returning to the country this winter for the first time in a few years and certainly has the class to make an impact.

Contrary to rumours at the start of the winter, however, Olympic triathlon medallist and three-time Euro Cross competitor Alex Yee is not set to race in Liverpool. 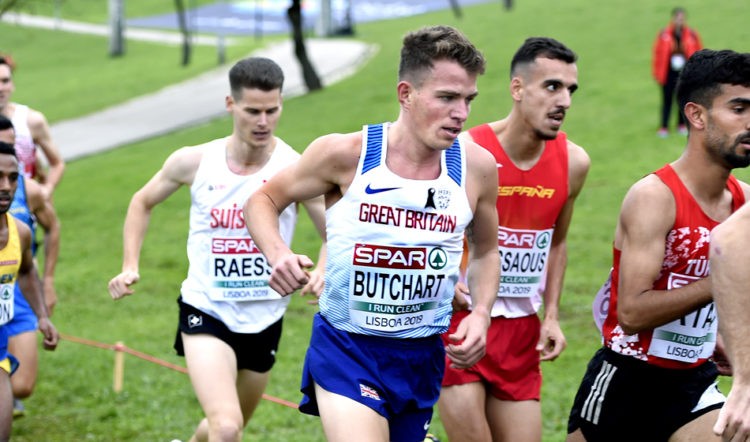 Short-course cross-country trials for British teams have been held in the past but for the World not European cross-county championships. Helen Clitheroe and Steve Vernon – both of whom are now leading coaches – each won the event several times at the turn of the millennium when there was the need to select a squad for the World Cross. Even Kelly Holmes once ran the short-course trial before going on to make the Olympic podium.

Now short-course trial races – which kick off the programme at 10.30am on Saturday – have been resurrected to pick two men and two women to run the 4x1500m in Dublin next month. Britain will be defending the title too after Bell, McMurray, Sarah McDonald and Jonny Davies combined to take the title two years ago.

Megan Keith has been in great form this autumn and is one of the stand-out names in the under-20 line-ups. She was 27th at the 2019 Euro Cross in Lisbon and, two years older, will be hoping to improve on that in Dublin next month.

The junior entries also include multiple national champion Bea Wood and Charlotte Alexander plus two of the track stars of the summer, Kane Elliott and Henry McLuckie, whereas recent Milton Keynes winner Hamish Armitt, Osian Perrin and Ethan Hussey add to the quality.

Some of the under-17 athletes will be hoping to make an impact in the joint under-17/20 women’s race too. These include London Mini Marathon winner Jess Bailey, Nicole McGovern and Kiya Dee.

Finally, expect busy races and lots of athletes at Sefton Park. The event incorporates the Mid Lancs League and the Liverpool & District League, which means a few backmarkers may be lapped by some of the speedier runners in the closing stages. 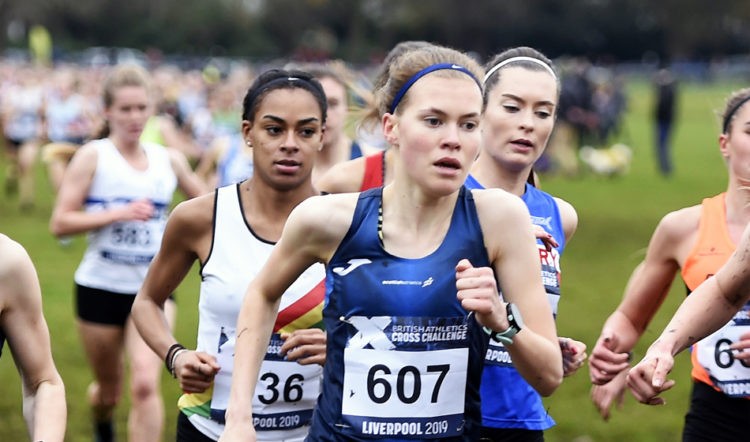 Full British teams will be picked on Monday (Nov 29) for the senior, under-23 and under-20 races in Dublin (six athletes per team) as well as a senior mixed relay team (two senior men and two senior women) with the teams named on Tuesday (Nov 30).

Automatic selection will go to the first four athletes in the senior and under-23 categories and the top five in the junior races.