After this week’s heroics in the EuroLeague playoff against Anadolu Efes, which saw Real Madrid claw its way back to win both matches on Tuesday and Thursday, the Whites return to league action on matchday 25 against Casademont Zaragoza two days before the final playoff battle in Istanbul for a place in the Final Four of the European competition. The league leaders will be looking to extend their fine run in the current campaign, which has seen the team pick up 31 wins from a possible 32. Madrid is on a run of 17 straight wins and goes into the clash on the back of recording its best start to an ACB match with a 16-0 run last week.

The team must now turn its attention to the domestic competition and must recover quickly after the immense physical effort made just 48 hours ago if it is to record a win at the Príncipe Felipe stadium. The visitors will be without Thompkins, who was injured in the fourth playoff matchup and Tavares remains a last-minute doubt for the clash, which means that Pablo Laso may have to make changes as his side face its third game in six days. There are just four matches left in the Regular Season (the last matchday was played midweek and Madrid rested) and the Whites have three more wins than Barcelona, meaning that if they record another victory and the Catalans lose, they would guarantee first place in the standings (two wins from the remaining games will also be enough).

Real Madrid Baloncesto takes on eleventh-placed Casademont Zaragoza, who is just one win off the playoff places. The team goes into the match on the back of four straight wins in the league and boasts the second best attack in the competition with an average of 88.1 points and a dangerous 57% in two-point shooting accuracy, and the side is also strong on the defensive rebound. Madrid will have to exploit its opponents’ weakest point, which is defence, as it concedes 88 points, the same number it scores – Laso‘s team is the most highly rated (104). The increasingly settled Poirier will play an important role alongside Garuba. The home-grown player has been playing at a spectacular level and set a new scoring record against Anadolu Efes with 30 in PIR. He has averaged 10.7 points, 7 rebounds and 16.5 in the last 4 wins for Madrid in the league. 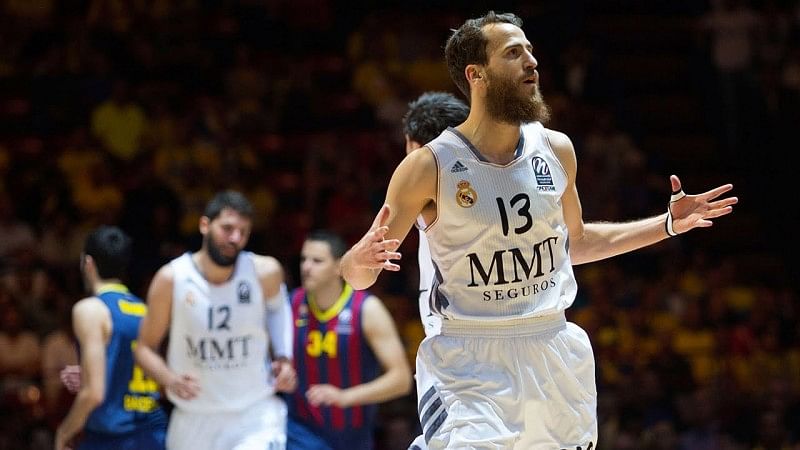 The best record
With 31 wins in 32 games, Real Madrid Baloncesto team is in record numbers – the best record in history at this stage of the league. But the team is hungry for more and after setting the best away start in the ACB (16-0) in Fuenlabrada, it now faces the challenge of finishing the regular season unbeaten on the road, an unprecedented feat in this competition format. The Whites have today’s visit and the visit to Malaga on the last matchday to go. Madrid is also unbeaten in 2021 and in the reverse fixture back in September the leaders won comfortably at the WiZink Center 102-82 with 25 points in 27 minutes from Causeur. Madrid has won nine of the last 10 league games between the two sides.

Eriksen is recovering after collapsing on the pitch during Denmark’s Euro 2020 match against Finland.