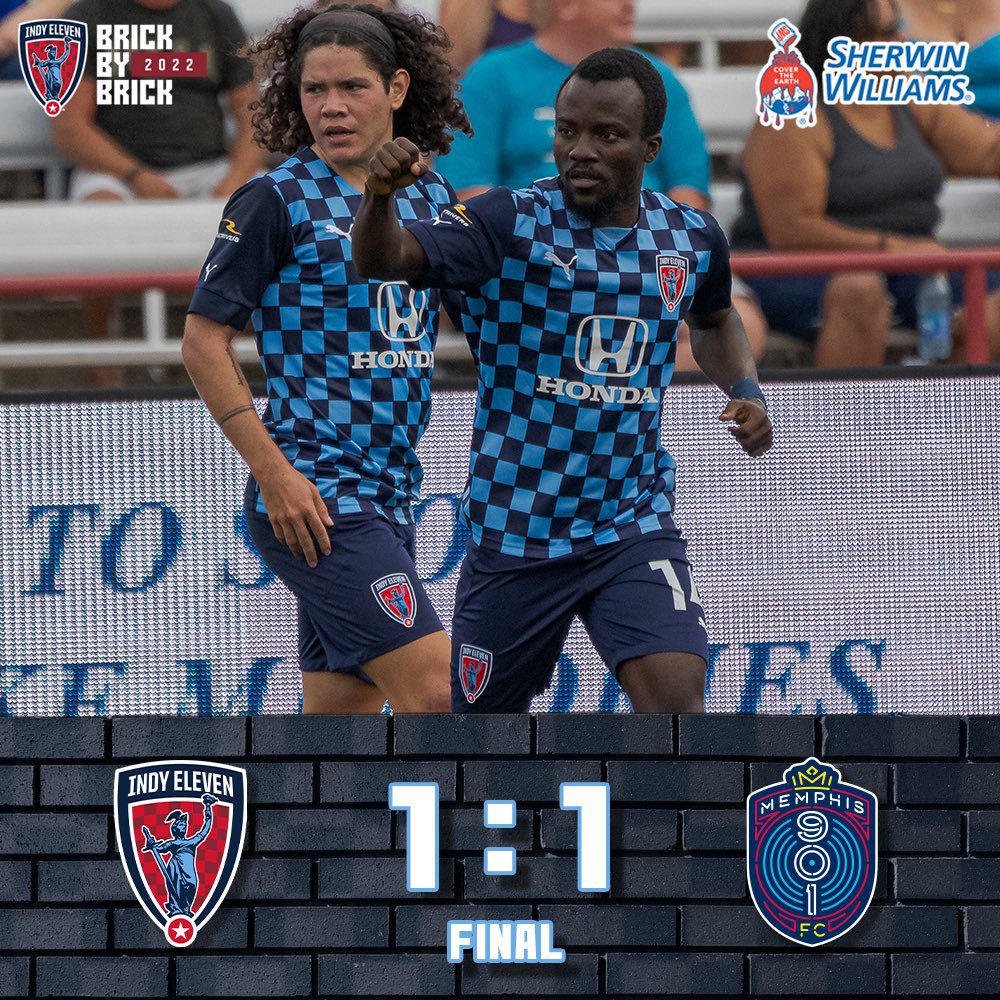 Solomon Asante scored his first goal for Indy Eleven on Saturday as the USL Championship side drew 1-1 with Memphis 901 at home.

The two-time Most Valuable Player launched a shot from inside the box while falling backwards to open the scoring in the 8th minute.

Solomon Asante has now tallied 50 goals in his four seasons of USL Championship play [including his spell at Phoenix Rising].

However, Phillip Goodrum snagged his 12th goal of the season in the 24th minute to tie the score.

Goodrum’s goal was assisted by Rece Buckmaster, his fourth assist of the season.

Although Memphis controlled the tempo of the game for the better part of the second half, neither team would find the back of the net before the end of the match.

The draw in Indianapolis puts Memphis at 12-5-3 on the season as they prepare for their next battle.

901 FC has a week long opportunity to recover before traveling to take on the New York Red Bulls II.