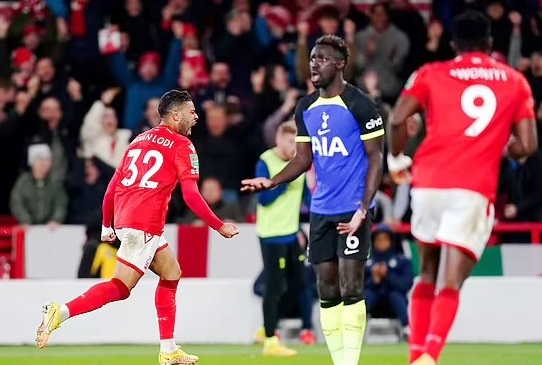 No sooner had Antonio Conte issued his warning that Tottenham was far from a team ready to win trophies than they slid feebly out of the Carabao Cup, beaten by two goals in seven minutes at Nottingham Forest.

And the consolation of being proved right is unlikely to soothe any of the pain for Conte. His team was totally outplayed at the City Ground, and their miserable run of form extended to just two wins in seven games.

Renan Lodi and Jesse Lingard scored the Forest goals, their first for the club having joined amid the blur of summer activity, and Steve Cooper’s side might easily have scored more were it not for an array of fine save by Fraser Forster on his Spurs debut.

Forest finished the tie with 10 men after a red card for Orel Mangala, his second yellow for a clumsy scissor tackle from behind on Richarlison, who returned from the bench after a calf injury and had a goal ruled out for offside in the closing stages.

Conte made his intentions clear with his selection. There were no youth team players along for the ride and Harry Kane started up front, albeit with a heavy strapping on his left arm. It must have been an anxious night for Gareth Southgate, preparing to unveil his England squad with so many of his players in action.

Serge Aurier, against his former club, tore down the right flank and delivered a cross on the run to Surridge, who headed it back across goal to Lingard, unmarked as he nodded the ball into the net from close range. 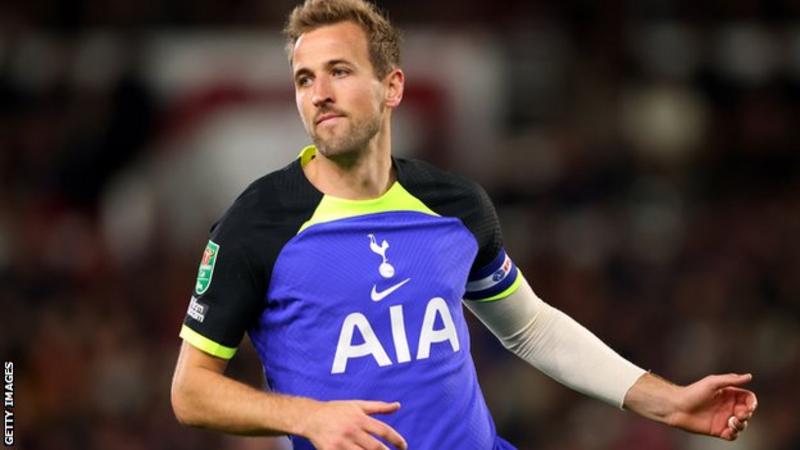 Two goals in seven minutes put them in control Conte made three substitutions with Kane among those to come off and went with a front three of Richarlison, Dejan Kulusevski, and Bryan Gil.