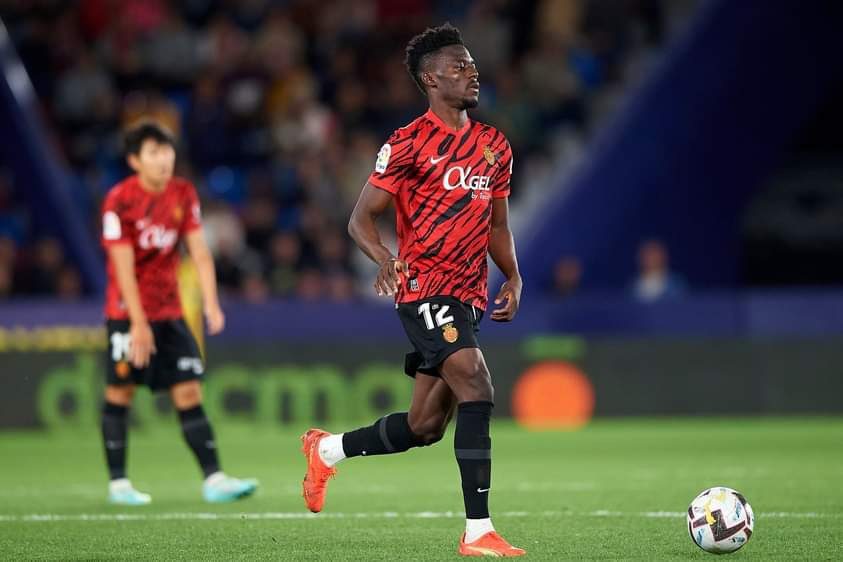 Black Stars coach Otto Addo has been rocked by a major injury concern ahead of his World Cup final squad announcement after midfielder Baba Iddrius limped out of Real Mallorca’s La Liga victory over Atletico Madrid.

The 26-year-old was removed from the game at halftime due to discomfort. The midfielder walked straight down the tunnel, seemingly limping. Considering his importance for the former Black Stars player, Addo will be hoping Iddrisu’s injury is not one that could see him miss the Mundial to be staged in Qatar.

Iddrisu has been the coach’s preferred choice to partner Thomas Partey in the dugout for the majority of the games he has been in charge of, and a serious injury could derail his plans. The midfielder was named in the starting line-up for Mallorcas league game against Atletico Madrid on Wednesday. Despite an encouraging performance in the first half of the game, the defensive midfielder didn’t return to the pitch for the second half of the fame as he was replaced by Rodrigo Battaglia.

Iddrisu has played a key role at the club side as well featuring in 10 of the clubs league games this season. The Black Stars’ final roster is anticipated to be released this Sunday and submitted to FIFA by the deadline of November 14. Ghana’s World Cup campaign begins on November 24 against Portugal. They will also face South Korea and Uruguay in Group H, which has been dubbed the “Group of Death” by pundits.