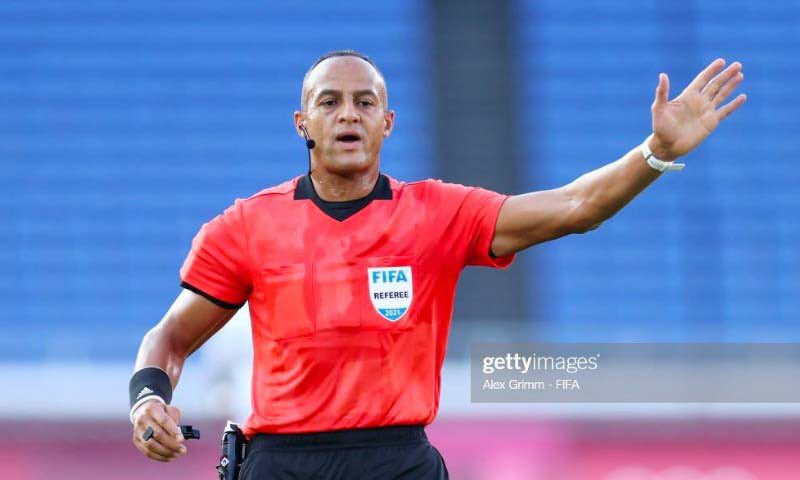 Top Ghana FA officials were left fuming with rage and went looking for disgraced American referee Ismail Elfath to complain about his sub-standard performance in the country’s controversial 3-2 defeat to Portugal on Thursday night.

Pressure is mounting on the world governing body, FIFA to take action against the 40-year-old Major League Soccer referee following his dubious penalty decision for Portugal against the Black Stars at the 974 Stadium in Doha at the biggest stage of world football – the World Cup.

Ghana FA officials were left angered by the conduct of the referee after he refused to consult the VAR for a second opinion on the imaginary penalty call against the four-time African champions and several other disjointed decisions.

The Moroccan-born American official refused to have a second look on the VAR monitor and judged Mohammed Salisu’s challenge on Cristiano Ronaldo as a foul.

However, television replays have shown the referee got it wrong and that decision should never have stood.

This shameful decision has sparked outrage around the world, with many questioning the essence of the Video Assistant Referee (VAR) to reduce such unfortunate incidents.

The dubious penalty awarded to Portugal changed the complexity of the game as Ronaldo became the first man to score in five World Cups as the Europeans were made to sweat to win 3-2 in Doha on Thursday night.

The world has been stunned by the refusal of referee Ismail Elfath to take a second look at his initial decision.

After Ronaldo converted the controversial penalty, it wasn’t long before Ghana came back, with Andre Ayew slotting the ball past the Portuguese keeper in the 75th minute from a pass from teammate Mohammed Kudus.

Soon after, Joao Felix put Portugal back in the lead at minute 78, with Rafael Leao widening the lead two minutes later.

Ghana’s Osman Bukari managed to close the gap in minute 89, but it was too late for the Black Stars to come back.

Uruguay and South Korea, the other two teams in group H, ended their game earlier today with a 0-0 draw.

The controversial victory places Portugal in an early lead as the team aims to make it out of the group stage.